I’ve been following Bitcoin since 2011 but sadly never researched its technical foundations. A few weeks ago I decided to dive into the subject. Mastering Bitcoin, by Andreas M. Antonopoulos, clearly explains the fundamental designs of Bitcoin. The book is well written and an excellent entry point for developers new to the subject. Many sites and people recommend this book and rightly so, because after reading it, I feel that I have a new understanding and appreciation of everything blockchain related. While it is detailed and technical — geared towards an audience familiar with programming and Internet technologies, it can be a great resource for those wanting an intellectual challenge.

If you decide to purchase the book, make sure you do it on purse.io with Bitcoin. Purse is now where I make any purchases for books or things I would have bought directly from Amazon.

This post is aimed at people who are perhaps unaware of some new technologies and platforms. I have listed the ones I think have great potential to benefit an open society.
If you have any others which are of similar scope, please let me know. Will add to these links as I continue to research.

Sia – Will someone develop a MySQL version to run a database that exists on Sia? I imagine hosting a WordPress site on IPFS, and the database for the site will be on Sia, I think that is a correct way to view the future of WordPress…?

IPFSDroid – IPFS for Android, eventually I imagine it will support a full node on a cell phone! 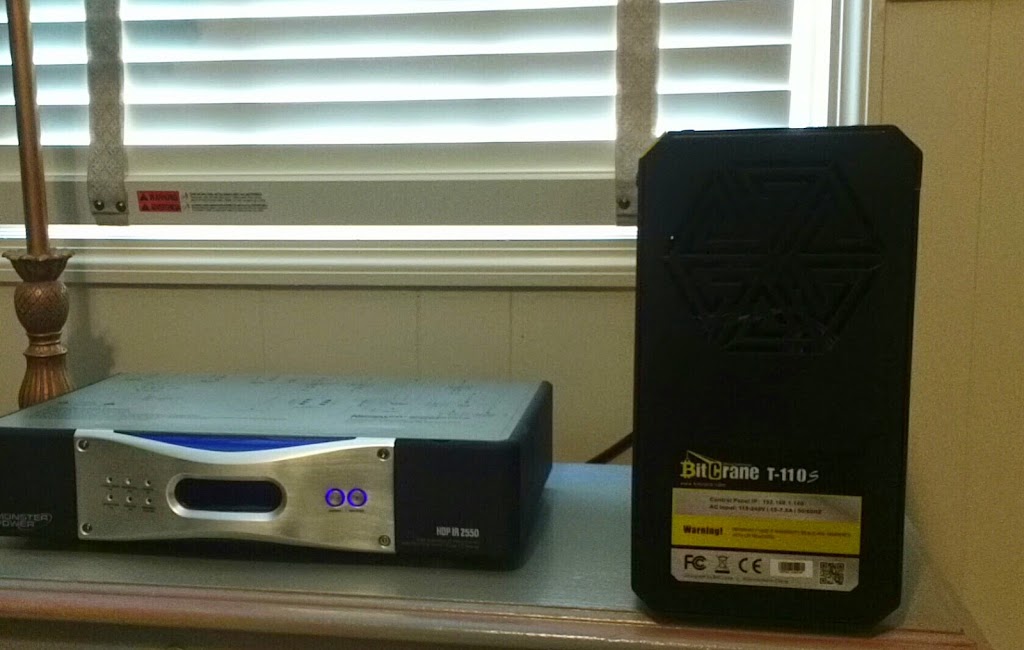 I recently purchased and set-up the BitCrane Miner T-110S. Purchased on-sale at newegg for $598, it provides 1 TH/s of Bitcoin mining power. It was extremely easy to get the rig started and connected to my mining pool; less than five minutes out of the box. So far I am very impressed. This would make for a great gift to anyone interested in Bitcoin mining.

However, it is interesting to note that the T-110S could be considered a space heater — not sure how efficient. This would in effect replace some of the cost of heating a home in the winter. Unfortunately, the costs will not outweigh the benefits during the summer months. I believe in the future of Bitcoin and its ability as a unit of exchange. The purpose of my purchase was mostly to gain a participatory experience and support Bitcoin — rather than profit seeking.

Update: After purchasing the T-110S I wanted to compare it with an Antminer. I therefore bought the Antminer S5. The S5 consumes about 60% of the 900W consumed by the T-110S for the same GH/s and is easy to set-up. On the downside, the S5 is extremely loud and lacks a nice case and appearance.

I have moved both miners into the garage because I was tired of their whirring sounds. The move to the garage solved the sound problem and the temperature problem – since my garage is quite cold during the winter. Many interesting posts about math, physics, and science! About the Azimuth Project.

I recently attended a presentation on Digital Currency, Bitcoin and “Money-over-IP” by Jeremy Allaire and John Beccia. The audience was general and the details light, but my general impression is that the future lies in digital currencies. Really amazing ideas can be spawned and generated through this new area of technology.