The pictures of the night sky captured and edited by Rogelio Bernal Andreo are remarkable for their quality and detail. Every snapshot of the sky contains a beautiful array of color and texture. Check out his mosaic of the Orion constellation. Also, visit Andreo’s website to see these stunning images in HD. Astrophotographer Stephane Guisard created a mosaic of the Milky Way’s central bulge with 1200 images and 200 hours of exposure time. The resulting picture is just remarkable. Check out the HD zoomable version here. 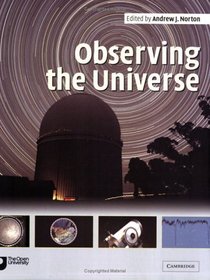 Observing the Universe: A Guide to Observational Astronomy and Planetary Science – Andrew Norton I had to purchase Observing the Universe: A Guide to Observational Astronomy and Planetary Science, by Andrew Norton, for the Duke TIP program at PARI. It explains in good detail many aspects of observational astronomy. Good book for a serious introduction to this subject. 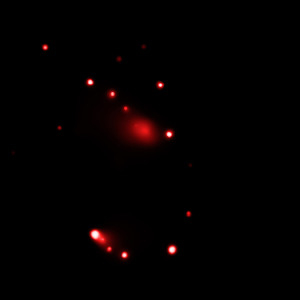 The Restless Universe: Understanding X-Ray Astronomy in the Age of Chandra and Newton – Eric Schlegel Chandra X-Ray observatory, named after Subrahmanyan Chandrasekhar, has provided scientists with the best x-ray images ever taken of the universe. To explore the satellite’s mission and its discoveries, I would recommend reading The Restless Universe: Understanding X-Ray Astronomy in the Age of Chandra and Newton by Eric Schlegel. 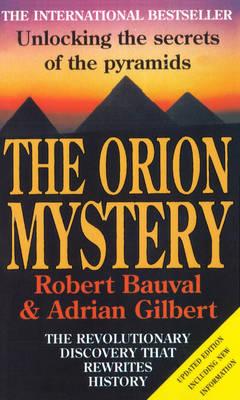 The Orion Mystery: Unlocking the Secrets of the Pyramids – Robert Bauval and Adrian Gilbert There exists a theory, called the Orion Correlation Theory, which claims that the Egyptians built the pyramids to mimic the asterism of Orion’s Belt. Thus, the Nile River would correspond to the Milky Way. This theory was first publish in a book, The Orion Mystery: Unlocking the Secrets of the Pyramids, by Robert Bauval and Adrian Gilbert. This work provides a new perspective on the importance of astronomy to the ancient Egyptians. Anyone who loves ancient mysteries should give this book a read.