My 5MP A3550UPA Omax CCD has about 20 bad (hot or dead) pixel groups in every image. They seem to be identical through time and are noticeable on my raw images. Typically, the panoramas I create are composed of between 80 and 200 individual images that I stitch together manually. Before stitching I go through the images with the GIMP blur tool in order to remove these bad CCD pixels. Thus, I have to blur between 1,600 and 4,000 pixel groups. A tedious task! This takes between one and two weeks to complete, depending on my free time. 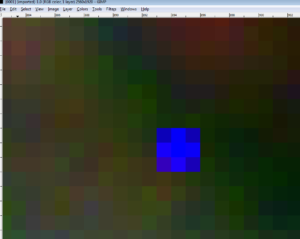 My patience for this corrective task has run dry. Since I knew that GIMP was theoretically capable of performing such a repetitive task via a custom script, I decided to develop such a script. The final result is a tiny piece of code. Its brevity masks the hours of frustration and hopeless despair I encountered while learning Scheme and integrating the commands into GIMP as a valid working procedure. My work has paid off. I now have a script which corrects all my bad pixels. 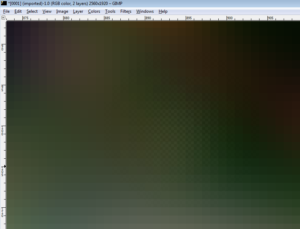 I thought I had reached a brick wall and that I may have to do the pixel correction manually as before.

After a little research I found the work of Dr. Paul Harrison, who has created an amazing GIMP Python plugin designed for complex pixel correction. You can read about this plugin and all its cool features at Pat David’s blog.

The selection is based off a static file containing the black points in the precise locations of the bad CCD pixels. The script takes this reference file and using the GIMP “Alpha to Selection” creates a selection based on the black points. 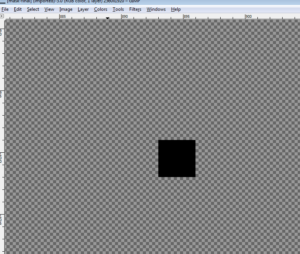 The manual GIMP steps for the script are:

Thanks to this script I can turn a week or two of work into an hour or less. NOTE: I was only able to successfully run the script via the GIMP internal console.

I have included test images and example commands in the Github folder.

A Journey into the Mind of Pynchon