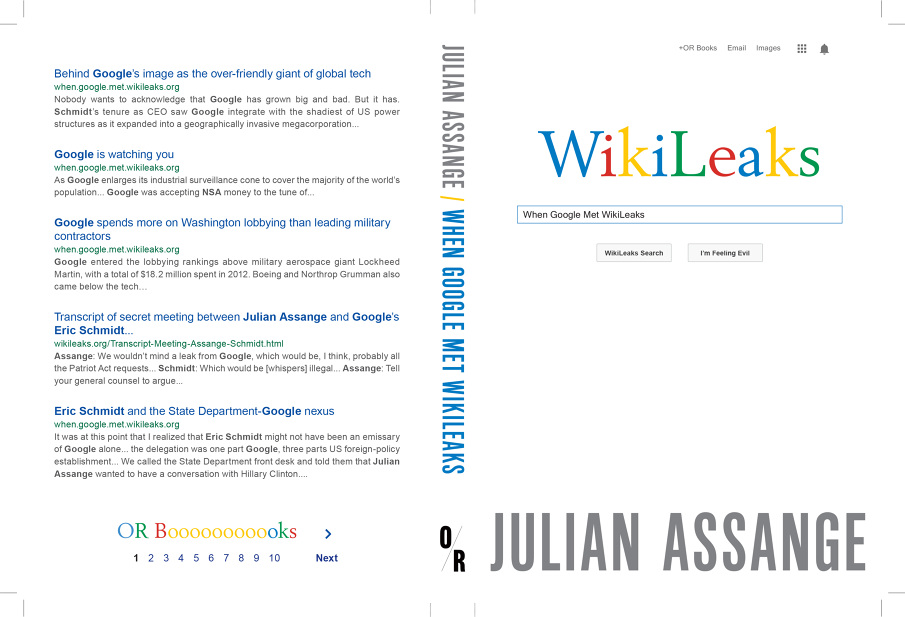 When Google Met WikiLeaks transcribes the conversation between Julian Assange and Eric Schmidt. Their discussion of WikiLeaks’ story, governmental control and persecution, revolutions, connectivity, and internet publishing is an important, powerful, and insightful source for anyone who wants to understand the current controversy of WikiLeaks. Their conversation provides a glance at the relationship between governments and their citizens in the Internet Age.

Assange also includes a few essays in the book which were published after the interview. He is a talented writer and clearly expresses his ideas; worth the read. The Evolution of Ecological Consciousness