After reading books which made numerous references to the ideas of Vladimir Vernadsky, I decided to read his book, The Biosphere. It is an insightful and important book which provides numerous novel insights into the interconnected nature of the entire biosphere — the biogeochemical and thermodynamic relationships between living and non-living matter. The 1998 publication with Editor M.A.S McMenamin contains hundreds of great footnotes and further references. I also enjoyed the informative introduction by Jacques Grinevald.

Vernadsky’s “Pressure of Life” concept is new to me and struck me as important. It should, theoretically, be a measurable pressure. Just as we can measure Pascals or Newtons of pressure, the same should be the case for life’s pressure. There is only the issue of determining the system’s extent and defining the measurable quantity. For example, the entire biosphere must exert a given pressure against the Earth’s geochemical resources given a flux of cosmic solar energy. The biosphere “wants” and “tries” to multiply and thus expand against the finite constraint of resources available to the current state of biospheric evolution. Copying Vernadsky’s own analogy of a farmer clearing land, the freshly cleared land has been removed of the majority of its life above the soil. Thus there exists a pressure to fill this “vacuum” of life. How can we measure this pressure?

This brings to mind the related ideas of the logistic function and the oscillations which occur due to population expansion against finite resources. Life seems to typically overshoot the carrying capacity  due to rapid initial multiplication. Only to later collapse and once again overshoot in a series of oscillations. Once the cleared land has been mostly filled, this pressure changes and occurs both inter- and intra- species. See this article:  A Megatheory of Human Destiny. 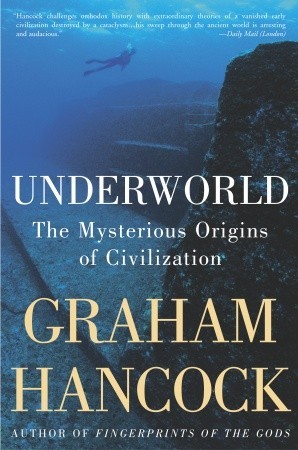 In Underworld: The Mysterious Origins of Civilization, Hancock raises an excellent point — sea levels in ancient times were mush lower than they are now. Thus, many ruins may lie under the water a theme which he fully explores in this novel. The novel is a bit lengthy. 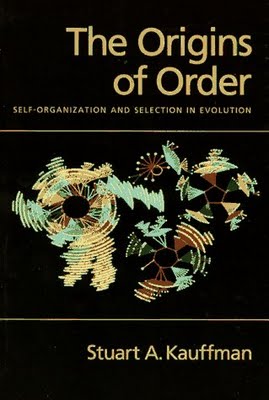 Origins of Order, by Stuart Kauffman, provides a new look at evolution through natural selection. Instead of holding that the main creator of order is genetic drift with Natural Selection, Kauffman explores the idea that order can spontaneously form under various conditions in the natural world. Kauffman also emphasizes the importance of co-evolution among organisms in creating complex evolutionary systems. All of these ideas are explored through the mathematical tool of fitness landscapes.
The book, although long and dense, provides deep insights into the nature of life and evolution. The concepts  presented involve mathematics, computer science, chemistry, and biology. I would recommend this book if the reader likes these topics and has enough time (or is fast reader). (ISBN-13: 978-0195079517) 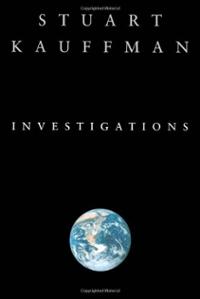 Investigations seems to be a further expansion of the ideas presented in Kauffman’s book Origins of Order (see other post). As a note, I found that both are very dense and hard to read. However, the concepts presented within are worth the effort. The book provides a novel approach at explaining the origins of life. I found the most fascinating concepts in the novel to be the Adjacent Possible and the idea of Autonomous Agents.
An Autonomous Agent is simply a system which reproduces itself and carries out a work cycle.
The idea of an Adjacent Possible shines light on the idea of entropy in the universe. Investigations contains an entire section talking about Maxwell’s Demon and the nonergodicity (see ergodic hypothesis) of the universe. Briefly, the Adjacent Possible is the set of all “next” states of the universe. To give an example, consider the early universe. Consisting almost entirely of Hydrogen and Helium, we would say that the universe was in a “Actual State” of Hydrogen and Helium. The Adjacent Possible of chemicals would be the empty set — that is, no chemical states can be “formed” from Hydrogen and Helium (gravity has yet to create stars).  Then, once stars began to form, the Adjacent Possible began to include more states; elements like Carbon and Oxygen are the “next” states in the interior of stars under the right temperature and pressures.  Fast forward billions of years and human organisms are creating “next” states in the chemical Adjacent Possible (assuming alien civilizations have not already created these states). For example, humans have created nylon, plastic, Teflon, and various other molecular states.  These states would have been considered elements of the Adjacent Possible in the early 20th century; now, they are elements of the “Actual State” of the universe.

Thus, the universe can be considered nonergodic. It has yet to explore, and most likely will not explore, a large portion of the possible states of the universe.

Kauffman also talks about economics. He explains that modern economic theories fail to predict and account for the persistent innovation of human “goods” into the Adjacent Possible of “goods.”